There is no pawl to engage when the transmission shift lever is set to the park position, which could lead to the truck rolling away, increasing the risk of a crash.

Check if your Isuzu Truck has a Recall

Describe the chronology of events leading up to the defect decision or test data for the noncompliance decision:

On March 21, 2022, Isuzu received the first field case reporting a Class 6 FTR model truck that continued to move when the transmission shift lever was placed in the Park (“P”) position.

Isuzu North America Corporation (INAC) QA, together with Isuzu Motors Limited (IML),  Isuzu Technical Center of America, Inc. and Isuzu Commercial Truck of America, Inc.  (collectively, Isuzu), promptly launched an investigation and determined that the truck was built with a 2500RDS transmission that was intended for a Class 7 FVR model truck.  The 2500RDS transmission does not have a parking pawl by design; however, the 2550RDS transmission that is intended for the Class 6 FTR model truck does have a parking pawl, and the transmission shift lever in these trucks has a Park position.

On May 20, 2022, Isuzu received word of a second Class 6 FTR truck in the field that was found to have rolled after the transmission shift lever was placed in the Park position.  A formal field report, which confirmed that the FTR vehicle in question had the wrong transmission (one with no parking pawl) installed, was prepared on May 26, 2022; and Isuzu reopened its investigation the same day.

The investigation determined that vehicle build records documented the serial number of the transmission that was installed in the F-Series vehicles. On June 23, 2022, INAC QA was able to obtain a list that matched specific VINs with specific transmission serial numbers. It then took until June 28 to input each specific transmission serial number (one by one) into a tool on the Allison website that provided the transmission model number (2550RDS or 2500RDS) of each serial number. Because Allison has its own proprietary tool that can match its transmission serial and model numbers more quickly, Isuzu also sent the list of serial numbers to Allison on June 23, but did not receive the results of Allison’s independent search until June 28. Fortunately, Allison’s search results matched Isuzu’s search results. In total, Isuzu determined that there were three (3) Class 6 FTR trucks that had been built with the wrong transmission and released from Isuzu’s control: two were the vehicles that were the subject of the March and May 2022 field reports (which vehicles had already been repaired and retailed) and one FTR was still owned by an Isuzu dealer. On or about June 29, Isuzu contacted that dealer and instructed that dealer not to sell or deliver that vehicle until the transmission could be replaced.

On July 1, 2022, Isuzu made a decision to conduct a safety-related defect recall. The recall will include the one FTR still owned by the Isuzu dealer as well as the two FTR trucks that were the subject of the two field reports mentioned above. Those two vehicles were repaired and no longer have the safety defect in question, but they are being included so that they can be equipped with new 2550RDS Allison transmissions in place of the repaired or remanufactured transmission they received previously. [In addition, Isuzu has determined that there is one additional FTR for which the build records show an inaccurate serial number. As a result, Isuzu has not been able to determine whether the vehicle has the correct or wrong model transmission. For that reason, this additional vehicle will be included in this recall.]

Isuzu is not aware of any crashes, property damage, injuries or deaths associated with this issue. 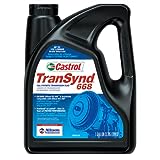 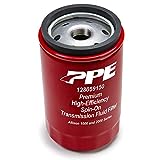 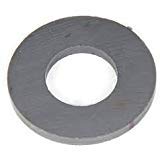 This product was presentation was made with AAWP plugin.

OEMDTC is a participant in the Amazon Services LLC Associates Program, an affiliate advertising program designed to provide a means for us to earn fees by linking to Amazon.com and affiliated sites.
Share to...
BufferCopyEmailFacebookFlipboardHacker NewsLineLinkedInMessengerMixPinterestPocketPrintRedditSMSTelegramTumblrTwitterVKWhatsAppXing